Waking up in the middle of the night, he first searched for his spects on the side table. These days it’s not the temperature of Delhi that is troubling him, it’s something else that is making him sweat, even at 2 in the night. Half asleep, he started walking towards the kitchen to get a glass of chilled water to bring some respite to his parched throat. Just when he banged his big toe in the wrong corner of the wall did he actually wake up… ‘oh, it’s the new house, I had got used to the old one, why did I have to vacate it?’

Arvind sat down on his sofa with the glass and suddenly he felt all awake…as if awakened after a month long sleep. ‘What is happening to my party?’ ‘Everyone seems to be ditching me, what do I do now?’ It was time to introspect, and these happen well at night… sort of.

‘Shazia, Sheila, Sonia – all these S ladies are going against me… I need to bring them back on my side.’

Arvind took out his iPad and quickly Googled for something.

‘I think I know just what can get these ladies softer on me, I’ll gift them something!’

He quickly logged in to baggout.com and flipped through their massive inventory of gifts, and apparels. It was surprising when he saw his FB friends were already on baggout and Arvind could see what was trending.

After a good five minutes of search Arvind had a smile on his face – he had picked just the right gifts for the ladies.

“Shawl for Shielaji, Saree for Soniaji… and Shazia what can I give Shazia??”
A hot deal on the page caught his attention…

“... Ahaaa.. I’ll gift her this watch, maybe she will remember the good times in the party”

Arvind quickly selected his orders, and added a unique special note for each of the three gifts.

His note had a slight plea for Soniaji – he did want a partnership now, actually again. He worded it just perfectly so that it didn’t look he was begging to be back on Delhi’s chair, but he just mentioned he wanted her co-operation.

His letter to Shielaji, however, was short and sweet. He congratulated her on her determination of remaining the governor of the sate and resenting the new government’s pressure of her resigning. He emphasized she should remain the governor no matter what.

He chuckled and thought – at least one contender less in his race to the chair (if at all that was possible, now!)

But his longest letter was for Shazia, his partner in crime (what crime?? She was one of the founding members of his party). He hoped the timepiece will remind her of all the good speeches they had written (which he coughed away, in anyways) and all the afternoons they spent at 'janter manter' – yeah they had good times at the Dharnas and protests.

With all his orders placed Arvind was a happy man now. In 48 hours all the three ladies will be receiving his gifts and he hoped it will all turn out positive.

“Arre Modiji jab border par gift bhijwa sakte hai, to Aam Admi kya border ke ander nahi bhej sakte?” he smiled thinking as he turned his iPad off. [If Mr. Modi could send gifts across the border, then can’t the Aam Admi send some within it?] 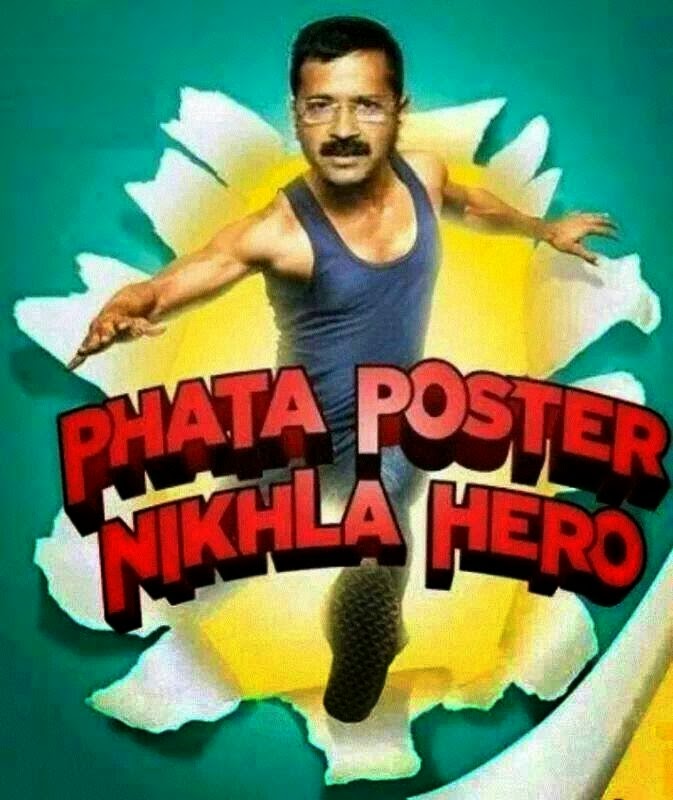